Spare parts for all types of diesel engine

A wide variety of diesel engines, depending on size and type of vessel, are used in maritime technology. Thus there are two- and four-stroke engines, and a distinction is also made between slow-, medium- and high-speed engines. On large ships, for example container ships, one finds slow, two-stroke operation. Medium-speed engines operate on a four-stroke basis and are applied in, for example, medium-sized cargo and passenger ships. Smaller, inland vessels usually use a high-speed engine for propulsion. Naturally, diesel engines play a role as propulsion motors in not only maritime technology, but also in the automotive sector, industry and agriculture. In addition to this, however, they are also used as generators on ships, as well having many other applications in business and everyday life.

You will find the right spare parts for your diesel engines for a variety of applications on ships and in industry. Established manufacturers are normally not limited to ship engines, but also offer a wide range of products for various fields of application. Typical spare parts for diesel engines include pistons, shafts, connectors and seals. The high quality of spare parts is extremely important in maritime technology especially, as only this ensures high operational reliability and a long service life. Technical failures on ships can quickly become a safety hazard or result in very high follow-up costs. Maintenance and repair work, too, are usually very complex and costly, especially for large ships. We therefore do not compromise on the quality of the spare parts that we sell.

Renowned manufacturers of diesel engines for maritime and industrial applications

We specialise in spare parts for diesel engines from renowned manufacturers who are particularly well-established in shipbuilding. These include, for example, Maschinenbau Kiel (MaK), now known as Caterpillar Motoren GmbH & Co. KG, as well as MAN, B & W and Wärtsilä. These traditional companies produce propulsion engines for ships and generators that are applied in, for example, ferries, tugboats, cruisers, cutters and offshore facilities. MAN, Deutz MWM and Sulzer are among the pioneers of diesel engine technology and base their success on a long tradition and many decades of development experience. MTU Mercedes offers a wide range of diesel engine products for shipbuilding, industry and the automotive sector. We either have spare parts for diesel engines from these manufacturers in stock or can order them at short notice. Please do not hesitate to consult us if you have any questions.

Our range of spare parts for diesel engines focuses on the following manufacturers:

Goods are shipped either by us or by carefully selected hauliers. We take care of all customs formalities, both import and export, ourselves, making us independent of fixed opening hours of customs offices and guaranteeing minimal delivery times. Our available storage capacity also permits the temporary storage of goods.

We look forward to receiving your order! 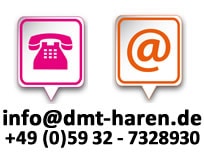